Sales and Installation of many brands of networking equipment

Luxul is the leading innovator of simple-to-deploy professional grade IP networking solutions for use by custom installation professionals. Designed for use in both residential and commercial environments, the Luxul family offers a complete line of solutions that simplify network design and deployment—resulting in a scalable network that is both powerful and easy to install. With Luxul, installers can deliver the ultimate IP network without the complexity associated with traditional networking gear.

With Luxul You Get:

The UniFi Flex HD AP is a small and sleek yet powerful AP that provides a 4×4 MIMO mesh backhaul for double the speed of traditional mesh solutions. Its discreet design allows central placement near users.

Cisco Small Business switches are the basic building blocks for every network. Cisco offers an extensive portfolio of small business network switches for every stage of your business growth.

Easy to set up and designed to fit anywhere, Velop brings full-strength mesh WiFi to your home in minutes. Offering ultra-fast performance, the Velop mesh WiFi system delivers the performance needed to support multiple WiFi devices. It uses Intelligent Mesh™ Technology to provide the fastest path to the internet in any type and size of home. Choose from a wide range of Velop products to find the best fit for your WiFi needs. 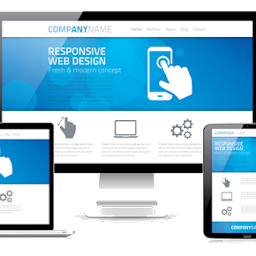 Nicholas Campbell
I was extremely impressed with the skill, knowledge and execution of the work performed by John of JBR Computer Repair. My home was originally wired with CAT5e cable when built. However, 6 of the cables where punched down for phone use and the other 6 where in a tangled rats nest from the previous owner. John was able to get all 12 cables punched down for standard Ethernet use. Which may sound like a simple task; however, the basement was finished after the original construction and the termination point of the cables where partially obscured by a half wall and ceiling tiles. The bad location and the rats nest was enough for me to reach out to a professional because of how bad it was. John and I both agreed it was gonna be an absolute pain to fix but he was happy to do it. John spent an entire work day getting my Ethernet cables sorted out and did so with a smile. He also add 6 CAT6 drops for the basement wall ports I wanted. He also ran an additional drop for a ceiling mounted AP. He even took some time to talk shop and explain some of the wiring issues he found and how he corrected them in every room. Lastly, he had extremely reasonable pricing, came over and provided a free quote upfront. After seeing the work completed, I would have happily paid more due to how high the quality of the work is. I can happily say now that thanks to John and JBR Computers, I now have fully wired Ethernet in my whole house and my home network is running like a dream.
Read more

Vincent P
Project: Repair Computer Network and Re-wiring project. Fast response. Professional and courteous. Extremely knowledgeable. Meticulously troubleshot my networking problem. Made every effort to ensure I did not spend money unnecessarily. Pleasure to work with. Will absolutely use his services again. Highly recommended!!!!
Read more

Check out our Friends: